Perugia is one of Italy’s most beautiful and interesting cities, with ancient artistic, cultural and historical traditions. Perugia is located in Central Italy and is just a two hour train ride from both Florence and Rome.

Located in the geographical centre of Italy, Perugia is still graced with the historical buildings and monuments of its distant past: Piazza IV Novembre, Palazzo dei Priori, the Fontana Maggiore, its Etruscan and medieval walls, ancient city gates, the remains of the majestic Rocca Paolina and the Tempio di Sant’Angelo.

The city hosts several internationally important museums: the Museo Archeologico with sections dedicated to pre-historical times, the Museo Capitolare and the Galleria Nazionale dell’Umbria, rich with medieval and Renaissance paintings and sculpture.

The city of Perugia is also a lively modern and innovative cultural centre. Every year it is filled with people from all over the world attending events such as the Umbria Jazz Festival, the International Journalism Festival, Sagra Musicale Umbra, the International Architecture Festival Festarch, Eurochocolate, Umbria Music Fest, Umbria Wine Festival, Perugia Science Fest and Umbria Libri. The capital of Umbria, Perugia is surrounded by a countryside dotted with charming medieval hilltop towns known the world over, places such as Assisi, Gubbio, Orvieto, Todi, Spello, Bevagna and Corciano are all must-see towns and villages of rare beauty and ancient culture.

Highway A1 Florence/Rome
From the north: Exit at Valdichiana, Chiusi Chianciano then take clearway SS75bis. Enter Umbria from Lago Trasimeno and continue to Perugia.

From the south: Exit at Orte, Attigliano, Orvieto, Fabro. Perugia can be reached from Orte by following SS204 to Terni and then E45 to Perugia.

Perugia San Francesco d’Assisi – Umbria International Airport is located 12 km from Perugia - www.airport.umbria.it
Other nearby airports are the Falconara Airport (AN), about 130 km away; the airport of Florence, about 170 km away; and Rome’s Fiumicino Airport, about 200 km away.

Getting around in town

Based on the average thirty-year reference 1961-1990, the average temperature of the coldest month, January, is +3.7 ° C; that of the hottest month, July, is +22.8 ° C.
Source: http://it.wikipedia.org/wiki/Stazione_meteorologica_di_Perugia_Centro

The meeting point of Italian and foreign students is the historic center of the city. In particular, the area of Piazza IV Novembre, Corso Vannucci, Piazza Morlacchi and the adjacent streets are constantly animated by the presence of young people. This part of the old town is a privileged place for the beauty of the architectural and artistic elements that set it apart and make it an ideal setting for conducting cultural events (exhibitions, events, conferences), and location of business activities (shops, libraries) and recreational Day and Night (restaurants, cinemas, theaters, cocktail bar, live music).

Government and public offices in Perugia

As a central location in the country and enhanced by the prestige of the university, the city of Perugia attracts thousands of Italian and foreign students. You can get information about the reception policies and documents required for living and studying in Perugia in Italy on the following web-pages:

The Police Station Office is quartered at the main building of the University, Palazzo Gallenga. 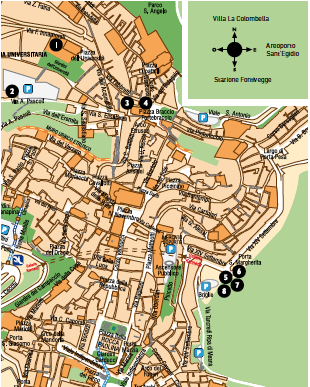 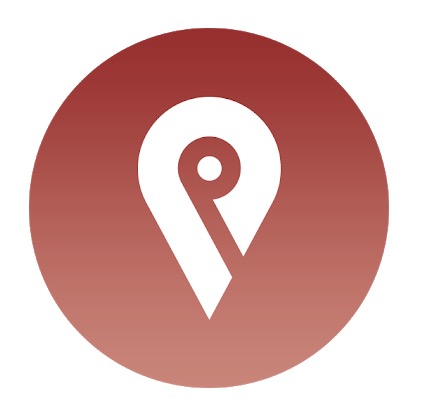